Food contact conformity of melamine plates can be determined by the tests carried out within the standards set by ISO, ie the international standard organization. Products produced from materials produced under favorable conditions can generally pass these tests. However, in food contact tests with melamine plates, samples are usually tested in conventional heating methods. Nowadays, this way of heating generally does not reflect the practice. For this reason, the studies of the scientists of Thailand, to eliminate the question marks; published the article on the effect of microwave heating on the migration of substances which will be formed from melamine formaldehyde products.

Here’s a summary of the article:

Melamine formaldehyde (MF) plates were subjected to migration testing in 3% (w / v) acetic acid (food simulant) after 3 to 3 and 5 minutes heating times in the microwave oven. Total migration (OM) increased steadily as the number of heating / washing cycles increased. In the meantime, formaldehyde was measured in low or undetectable concentrations. Unexpectedly, the 1-minute heating series caused OM to be the fastest. During these series, 25 mg dm ^ -2 was exceeded. In the 2 and 3 minute heating series, the figures for exceeding the OM limit were 29 and 67, respectively. In the 5-minute heating series, at the end of the 37th cycle, the OM value was higher than the limit. However, the cumulative exposure value to the microldalgae radiation for the 5-minute series was relatively close to 3 minutes. 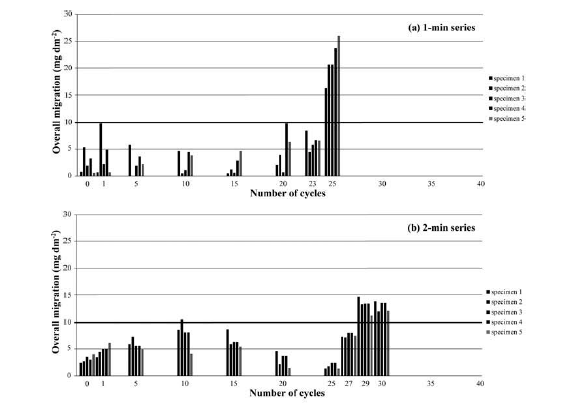 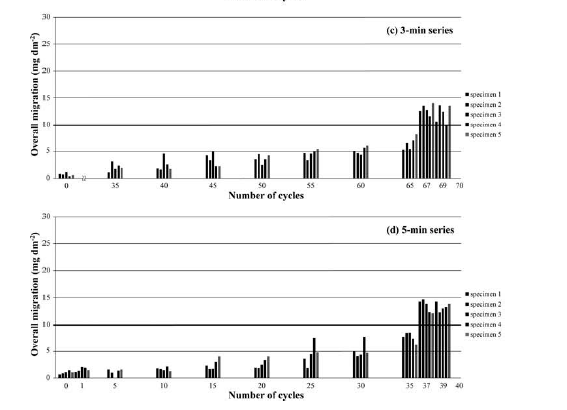 As a result of these findings, the effect of microwave heating on MF migration values was significantly different from the effect of conventional heating reported in previous studies. The FTIR spectra of MF, measured at the end of the microwave heating series, showed that the plastic was not fully cured due to the absence of methylene bonds. Most of the migrating substances obtained from the OM test are methylol melemin derivatives of low molecular weight. These results show that microwave heating causes demethylation, addition and condensation reactions, unlike conventional heating.

As a result of the study, it has been shown that microwave heating, which is repeated 1 or 2 minutes, poses a high risk to the health of the consumer. The service life of the melamine dishes is considerably lower when subjected to microwave heating, up to about 10 times compared to conventional heating.

For this reason, we recommend that ’not use in the microwave iyor to ensure long-term use of melamine plate consumers.

It is an excerpt from melaminbakalit3.wordpress.com

What are you looking for?